Newman is based at the beating heart of the UK in Birmingham, Britain's second city. With all of the features you would expect of a major city, Birmingham has a plethora of features that will suit any student lifestyle no matter what your interests are.

Birmingham is part of the way through a transformational period of impressive visual changes. In recent years the famous Bullring shopping centre has been redeveloped, containing the iconic Selfridges building alongside many other household names. In addition, The Mailbox and Pavilions provide additional facilities for the avid shopper, with a range of outlets for every budget.

There are museums abound in Birmingham, hosting collections of local and national importance. Birmingham is home to the Birmingham Royal Ballet and the Birmingham Symphony Orchestra and Symphony Hall is one of the finest concert halls in Europe. With four acclaimed theatres and with West End shows making regular appearances in the city, there is something for every culture vulture.

Close to Birmingham there is a wealth of history – Shakespeare's home of Stratford-upon-Avon, historic Coventry and Warwick are just a short journey away. Bournville is home to Cadbury's, and more importantly Cadbury World where chocolate is in plentiful supply. Sarehole Mill is one for the JRR Tolkien fans - reputedly it was the place that inspired Hobbiton in the Lord of the Rings trilogy.

Architectural gems include an atmospheric glimpse into the lives of those who made Birmingham what it is today at the National Trust's Back to Backs housing, a museum of authentic terraced housing untouched since the 1800's. A mixture of Georgian and Victorian architecture, paired with modern vibrant buildings, is a reminder of the industrial revolution that was embraced by the city.

With over 100 miles of canals, Birmingham has more than Venice, and to walk them is one of the best ways to discover the UK's second city.

For foodies, there are a range of restaurants available to cater for everyone, from Michelin star restaurants to places to grab a quick bite. The Mailbox and other City Centre restaurants provide a wealth of cuisine for all, and you can't visit the city without sampling the delights of one of Birmingham's world famous balti houses, the signature dish from the curry capital of the UK.

In addition to over 200 restaurants on offer, bustling markets offering fresh local produce are available for the budding chef, including the 800-year old Bullring Open Market, crowned best outdoor market in the UK.

Music in Birmingham is varied with venues to cater for all tastes. The area that spawned such heavyweights in music as UB40, Duran Duran, Led Zeppelin and Black Sabbath plays host to a variety of music venues catering for all tastes. The NEC, NIA and O2 Academy deliver established acts from around the world, with other venues including the HMV Institute, Sunflower Lounge and the Jam House a more intimate affair.

For fans of comedy, the Glee Club will provide more than enough laughter alongside Birmingham's other major comedy club, Highlight. For film lovers, as well as the usual host of cinemas to be expected in a major city Birmingham also has the country's oldest working cinema, The Electric, which opened in 1909.

Birmingham has a large student population of 65,000 and thus has developed a large number of student nights in recent years. The experience of learning in such a culturally and socially diverse city will help to provide some of the most memorable years of your life. A mass of pubs, nightclubs, bars and restaurants make Birmingham one of the best places in the UK to be a student. The Custard Factory, the Arcadian, Brindleyplace, Summer Row or one of the Bitters 'n Twisted quartet of venues - wherever you end up on a night out in Birmingham, you will have a great time.

Sporting facilities across the city are world class. Aston Villa and Birmingham City are the two flagship football teams of the city with West Bromwich Albion and Wolverhampton Wanderers nearby. Edgbaston Cricket Ground is around 5 miles from Newman and hosts cricket matches from around the globe. The National Indoor Arena brings international athletics to the city, as well as hosting tennis and a range of other sports throughout the year. The Belfry Golf Course, located in the Sutton Coldfield area of the city, is also one of the world's most famous golf destinations.

Located at the Heart of England

Located at the centre of the UK motorway network with the M6, M5 and M42 motorways all nearby, Birmingham has excellent links to the rest of Britain. For rail travellers Birmingham New Street station has regular services to destinations throughout the country, and Birmingham International Airport has flights to destinations across the globe making access easy for international students.

The West Midlands has a diverse multicultural population and it's one of the UK's most stimulating regions. The experience of learning in such a culturally and socially diverse environment will give you a real edge when it comes to finding your first job – and we bet that you won't want to leave. 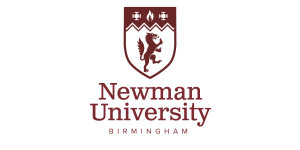