Keele is the largest campus based university in the UK. Although Keele is full of heritage – architectural, cultural, academic, and social - it doesn’t mean we’re traditional. Radical, adventurous, challenging, quirky, ambitious and aspirational are just some of the words that people have used to describe Keele.

Keele students and graduates really are different, and we’re proud of that. At Keele you’ll learn to think differently, to dare to be different; you’ll value your freedom to be yourself. At the same time you’ll find yourself part of a lively community of people with the same spirit of independence, on the largest campus-based university in the UK. Top 10 American studies badge, top 10 physiotherapy badge. That’s one of the things that makes Keele special, and one of the reasons why you’ll form a lifelong bond with us and many of the people you’ll meet here.

Keele was founded as an experiment in 1949 by Lord Lindsay, who believed that universities needed to change. He wanted to give students a different kind of university education, one which produced distinctive graduates who were able to balance essential, specialist and expert knowledge with a broad outlook and independent approach. Whether you study a dual honours, interdisciplinary single honours or major-minor degree, you’ll have the opportunity to take modules in other subjects. So you’ll leave Keele with the same depth of knowledge as graduates from other universities, but you’ll also have a broader knowledge of other areas and an appreciation of the bigger picture – the sorts of qualities your future employers are looking for. 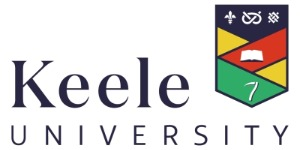